Getting healthy to help others: Petrona’s health story

From the series My health story

Petrona: Sometimes I feel like I am 15 years old, but sometimes I feel 100 years old because of my illness. I feel like I want to walk and there is a stone that does not let me move forward, a wall that does not let me advance to the other side. I am used to protecting, to loving others but when it came time for the surgery, I felt really low. I felt I wouldn’t get to the operating room because I had the memory of my mother’s death in an operating room in Ecuador. I needed someone to be with me, to feel strong myself, to feel sure...that I wasn't going to die. At that moment, I had my angel, Rita.

Rita: My job is to help Aetna members with their health problems. When I first for to my members I tell them “I’m the person that’s going to be working with you face to face.”

Petrona: I was feeling very insecure about getting to the operation table. And Ms. Rita told me, “I’ll be in your surgery representing Aetna Insurance.” And I felt 100% convinced, I will make it to the surgery.

Rita: She feels like being with me is like I have somebody that’s gonna be on my side.

Petrona: What you make with love, is received with love.

Rita: If you do it with love you know it’s gonna come. The health system is complicated, it’s not that easy. Language barrier is a big problem. It is important to understand your doctors because if you don’t understand what they are telling you about your health, how are you gonna get healthy?

Petrona: She saw the step I needed to take to be where we are together, not as Ms. Rita representing Aetna, but as a support, my guide, my daughter. My mother always said, “God, do not give me money, just give me health” and now I understand her. Health is wealth. Having health is more than having money. It is something great. It is a blessing.

Petrona Núñez Montúfar is a real member who’s given us permission to use her story.

When Petrona Núñez Montúfar moved to the United States from Ecuador 50 years ago, she brought with her a passion for helping others. Being able to give back was a source of joy for her as she adjusted to a new country. It also eventually helped motivate her to undergo an operation that would allow her to live pain-free. Of course, having her care manager Rita Cardona by her side didn’t hurt, either.

Aetna care managers are there to help members overcome the barriers to achieving their best health. Whatever the challenges ― medical, social, financial or emotional ― our community-based advocates can offer personalized, holistic guidance to get you to a better place.

As a care manager for Aetna, Rita first met Petrona in January 2018, when she was assigned to help the 67-year-old with her health problems. Despite a 36-year age gap, the two hit it off immediately. Petrona, who is not fluent in English, liked that Rita could communicate with her in Spanish and was impressed by how respectful and kind she was. Rita was struck by how happy and loving Petrona was, despite her ailments. Within minutes of their meeting, Petrona made multiple offers of water and snacks. Rita remembers thinking, “You’re about to serve me, and I came here to help you!”

Their instant rapport proved beneficial for Petrona, who at the time was struggling with diabetes, low blood sugar and painful ovarian cysts. Over the course of a dozen home visits and countless phone calls, Rita empowered Petrona to take charge of her health. With Rita’s help, Petrona is now more vigilant about managing her diabetes and taking her medications. She’s communicating freely for the first time with her providers, after Rita accompanied her to appointments and acted as a translator. She’s also navigating a health care system that’s vastly different from the one she had in Ecuador. “Rita explained the insurance, so then I started becoming more confident so that I could help myself,” Petrona explains. “Because who else is going to help if not myself?”

Perhaps most importantly, Rita helped give Petrona the confidence to undergo an operation in February 2018 to have her ovaries removed. Petrona feared being alone and dying during the surgery, as her mother had during a similar procedure years ago in Ecuador. Knowing this, Rita accompanied her to the surgery and was there for her after the operation as well.

Once Petrona recovered from her surgery and began to feel better physically, she noticed her mood improved, too. She credits Rita for the change. “I had so many problems and had a huge cross to bear,” Petrona explains. “Rita helped me get through all these problems and untangle them. She explained what I should be doing. She was very patient and kind.”

With her newfound energy, Petrona is once again able to do the things she enjoys, like dancing. (“It makes me feel like a Christmas tree when it’s lit with lights,” she says with a smile.) She’s also diving back into community service ― sharing homecooked, healthy meals with neighbors in need and giving whatever money she can to those without. “When I help others, I feel I’m helping myself,” she says. “I feel happier to give than to receive.”

Bonnie Vengrow is a journalist based in NYC who has written for Parents, Prevention, Rodale’s Organic Life, Good Housekeeping and others. She’s never met a hiking trail she doesn’t like and is currently working on perfecting her headstand in yoga class. 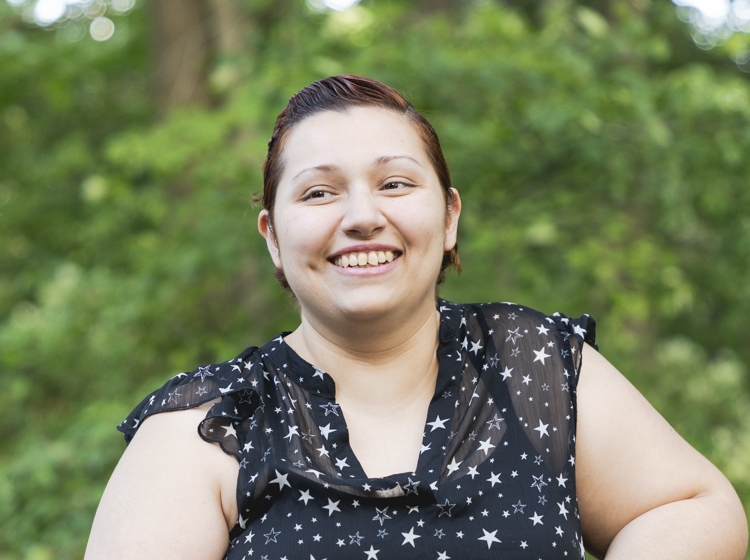 Health hero Q&A: This care manager speaks up for those who can't

Not yet a member?

See if Aetna Better Health® Medicaid coverage is available in your state.

Visit your member portal for info about your plan.

Thank you for your feedback.

See if Aetna Better Health® Medicaid coverage is available in your state.

Visit your member portal for info about your plan.

Aetna® provides info on the next page. If you don’t want to leave our site, choose the “X” in the upper right corner to close this message. Or choose “Go on” to move forward to Aetna.com.

Go on
Opens in a new tab